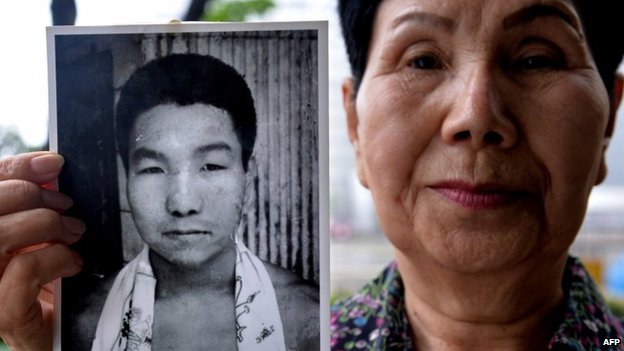 A man who has been on death row for more than four decades has been granted a retrial by a Japanese court.

Iwao Hakamada was sentenced to death in 1968 for killing his boss, the man’s wife and their two children.

Hakamada, now 78, confessed after 20 days of interrogation during which he says he was beaten. He later retracted the confession in court.

Japan’s police traditionally rely on confessions to prosecute but critics say they are often obtained by force.

In a statement, Amnesty International said Hakamada was believed to be the world’s longest-serving death row inmate.

“If ever there was a case that merits a retrial, this is it. Hakamada was convicted on the basis of a forced confession and there remain unanswered questions over recent DNA evidence,” said Roseann Rife, East Asia research director at Amnesty International.

The former professional boxer was accused of killing his employer and his family at a soybean processing factory in Shizuoka in 1966. They were found stabbed to death after a fire.

The court ruling came after defence lawyers showed that DNA from blood stains found on clothing alleged to have been worn by the killer did not match Hakamada, Kyodo news agency reported.

Presiding Judge Hiroaki Murayama said: “The clothes were not those of the defendant.”

The judge also ordered his release, saying: “It is unjust to detain the defendant further, as the possibility of his innocence has become clear to a respectable degree.”

One of the three judges who heard his original case has also spoken out in public – defying common practice – to say he believed he was innocent.

Hakamada’s sister Hideko, 81, has fought for a retrial for many years.

“This happened thanks to all of you who helped us. I am just so happy,” AFP news agency quoted her telling supporters and media outside the court.

Japan’s justice system relies largely on confessions from suspects. Rights groups have cited long hours of interrogation, lack of access to lawyers and physical mistreatment as reasons why suspects end up confessing to crimes they did not commit.

The retrial was announced as Amnesty International said a sharp rise in the number of people put to death in Iraq and Iran had caused a global spike in executions in 2013.

However a report by the UK-based human rights group said there had been a steady decline over the past 20 years.

“The long-term trend is clear – the death penalty is becoming a thing of the past,” Amnesty International Secretary General Salil Shetty said.