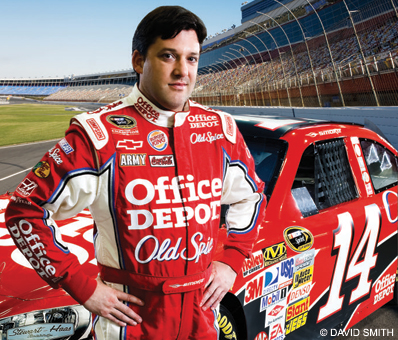 Stewart and Ward were competitors racing together for the same win. While circling around, Stewart bumped Ward and Ward’s car spun out of control crashing into the corner of the wall on the second turn. A white caution flag went up immediately after Ward crashed, signaling the other racers to reduce their speed. Ward climbed out of his car and ran into the middle of the ongoing race. Ward appeared to be yelling and pointing at Stewart when he ran out into the middle of the track. He was then hit by Stewart’s car and forty-five minutes later was pronounced dead.

There were many theories about the incident claiming Stewart hit Ward on purpose. Others claimed it was an accident. After intensive investigation, the case was taken to the grand jury. After thorough examination of witnesses and intensive deep examination of videos and photos, the grand jury did not charge Stewart. They claimed there was no evidence to charge him with any crimes.

Had Stewart been in Texas, it is possible that he could have been charged with reckless homicide, negligent homicide or involuntary manslaughter. However, if he was charged with one of these, they would have to prove negligent and disregard. What do you think?

If you are seeking aggressive criminal representation by an experienced criminal defense attorney for your Denton County criminal case or arrest in Denton County, contact the offices of Tim Powers today. There is no charge or obligation for the initial consultation. 940.580.2899

*Tim Powers is an attorney licensed to practice law by the Supreme Court of Texas. Nothing in this article is intended to be legal advice. For legal advice about any specific legal question you should directly consult an attorney. Criminal Defense Lawyers with Unparalleled Passion for Success Providing Quality Representation for your Denton, Lewisville, Flower Mound, Carrollton, Corinth, Highland Village Dallas, Plano, McKinney, Denton County, Tarrant County, Collin County, or Dallas County criminal case