Challenging DWI Charges We Can Help You Face DWI Charges, Standing at Your Side Throughout the Legal Process.

Classifications and Range of Punishment for DWI Conviction

At the Law Offices of Tim Powers, we understand the harsh penalties that individuals face after being convicted of a DWI in Texas. These consequences can be lifelong reminders of a mistake you made. Our goal is to help you avoid conviction, and the associated penalties. We work to the best of our abilities to guide you through the entire legal process, providing the representation you need to obtain favorable results.

Contact us today to learn how our DWI attorneys in Denton County and Collin County can help defend you.

​​​​​​Absent unusual facts, most persons convicted of a first offense DWI are granted community supervision (probation) of any confinement ordered. The general length of DWI probation is from 1-2 years. There are also conditions of community supervision ordered that are fairly standard in most courts. 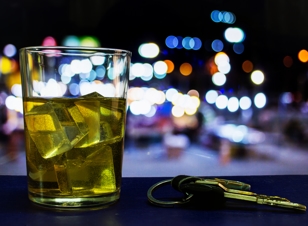 It is important to note that if arrested and accused of a DWI second or greater offense, Texas law now requires the court to order as a condition of release from jail on bond, that the person install and maintain a deep lung air device on the car that the person intends to drive and operate while charges are pending. The device requires a breath sample before it will allow you to start your car. They also require periodic breaths while driving to monitor and ensure sobriety. New technology has made these devices "user sensitive" so that someone else cannot blow into the device for the driver.

Although this provision seems to run afoul of the presumption of innocence, Texas courts have consistently held that such condition is necessary to protect a legitimate governmental interest in making public roadways safe for the motoring public.

Texas law does not provide for any increased punishment after DWI, third offense. If a person presents a DWI, fourth offense or beyond, the typical punishment is confinement in the penitentiary from two (2) to ten (10) years without probation being granted. In some cases, SAFP may be granted upon proper request and showing that it is appropriate.

We stand ready to defend your rights in a court of law and help you seek favorable results. Schedule your free consultation with the Law Offices of Tim Powers and we can explain your rights and options, as well as our plan to help you moving forward.

If you have been charged with any of the above DWI offenses or any other offense related to driving while intoxicated – such as intoxication assault or manslaughter – contact our firm.